The following article is a comparison of several features ofMicrosoft Windows 2012 Remote Desktop Services vs. CitrixXenApp:

Disadvantages of RemoteFX:
With the use of hypervisors, virtualization of the GPU can not beprovided currently. Even remote apps can not use RemoteFX.

Citrix HDX is designed for WAN connections.Again, the screen contents will be disassembled and assembled onthe client side. Flash content can be transferred directly to theclient and rendered there. To this end, Adobe Flash Player must beinstalled on the client.

Disadvantages of CitrixHDX:
For Flash multimedia redirection the same version of Adobe FlashPlayer should be installed (as an API interface to the server as anActiveX control and the client) on the server and on the client.This feature is supported only for Microsoft Internet Explorer. Theresources of the client must be able to play Flash content. This isparticularly a problem for old thin clients with low memory and forclients that use flash cards instead of hard drives.

With Remote Desktop Services Microsoft focuses primarily onWindows clients. Other RDS Solutions are offered from Microsoftpartners such as IGEL. But not all manufacturers offer RemoteFXcertified equipment. There does exist RDP software for iOS orAndroid, but with these tools just the whole desktop can bepublished. RemoteApp or access via a gateway is not possible.

The great choice of client software and devices is a majoradvantage of Citrix XenApp. If a change of Citrix XenApp onMicrosoft Remote Desktop Services is planned, it need to clarifiedin advance that all stations support the desired RDP functions.

Both Remote Desktop Services and XenApp allow printing to aprinter attached to the client without installing themanufacturer’s driver on the server.

Since Citrix XenApp 6.5 Rollup Pack 1 it is also possible to useprinters that are connected to a Microsoft print server. At best,only the Citrix Universal Printer Driver is required on theterminal servers. On the other side Citrix UPServer must beinstalled (Windows Server 2008 or higher) on the Microsoft PrintServer.

Both companies offer a solution for the access via SSL.Microsoft uses the Remote Desktop Gateway server.Citrix provides the NetScaler Access Gateway.While Remote Desktop Gateway server covers the functions of theCitrix SecureGateway (no longer recommended), the Citrix NetScalerAccess Gateway offers significantly more features. For example theendpoint analysis. In the endpoint analysis the client is checkedon certain criteria before it can access or launch anapplication.

What is better about Citrix XenApp?

With the pre-launch feature, a “blank” session can be createdwhen the user logs  on or to a certain point in time (when theuser is already logged in).

This pre-launch session shortens the start time of the firstapplication.

Citrix EdgeSight for XenApp (Platinum) is acomprehensive performance management provided by Citrix. The datacontinuously collected by EdgeSight give the administratorinformation about the performance of an application that wasactually to a user. Both, performance data at the level of theindividual user session and server-specific data on the utilizationof the resources on the XenApp server are collected.

In Citrix XenApp Platinum Edition Single Sign On can be used.This feature is also known by its old name Citrix Password Manager.An agent which is running on the Citrix XenApp servers in usermode, transmits user names and passwords into login screens.

The specialists of FirstAttribute supported one of the largestIT service[...]

Helpdesk and automated groups in AD

An hospital group in the east of Munichrelies on the[...] 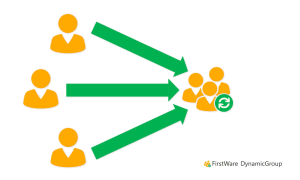