To mark the company’s 20th anniversary, we ask Andreas Martin, founder and CEO of FirstAttribute AG, 20 questions about the company, his day-to-day motivation and ambitions for the future.

How did the idea of founding FirstAttribute AG come about?

Essentially, I wanted to develop a new kind of software. Today you would probably say it was something like a Dropbox.

The idea came from two directions: First, because I was always looking for documents myself and never found them. And the second topic was actually more technologically driven, that I had an idea how to accomplish this from an IT-technical or database-technical point of view.

Yes, and I presented this initial idea to certain people. They found it quite interesting and then I decided to found a company.

Where did the name FirstAttribute come from?

Since my idea was based technologically on directory services, the company name came up this way. In the end, mechanisms were to be used for the software that we know from the directory service area.

FirstAttribute, the first attribute, is just a label. 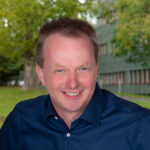 “The main point for me is to make something better and more efficient.”

How would you describe yourself in one word?

In one word? Now that is difficult.

My approach is always to create something novel. So, the word “novel” you could say. That is my fundamental drive.

Why does your company exist, what is the real ambition behind it?

To create something new, to realize an idea, that’s the real purpose.

What are your favorite tasks at the company?

When I can think about something new and have the time to do so. And when I discuss these novel things with anyone, preferably customers or colleagues.

What would you have done 20 years ago if specializing in Active Directory had not been a success?

Let’s go back to the year 2000, when the internet bubble had burst. I had presented my software idea to various companies shortly beforehand. They all found it very interesting and wanted to invest money in it. Then suddenly, after the dotcom bubble, they said: “We have to write off millions. We don’t have time to worry about new ideas right now.”

So after my original idea had literally burst, there were only two options: either quit or focus on something else.

In other words, reorienting myself in 2001 to focus on Active Directory and consulting, and doing migration and transition projects, was already the fundamental change.

Technologically, I was always interested in Directory Services, but whether it was Active Directory or just the technology behind it was secondary.

Could you have imagined an alternative career choice?

Yes. I developed a rotary engine in parallel because I said, this has to be more efficient somehow. Ultimately, I’m interested in creating something new, as well as using better and simpler technologies.

In this respect, my drive is not IT per se – IT is a relatively new field and you can do a lot of things, of course. In this sense I would also like to build new kinds of sustainable houses. The main point for me is to make something better and more efficient.

What is it that makes FirstAttribute successful?

That we are so nice. [laughs]

Generally, we work together as a team at FirstAttribute, which means we see our customers as partners and thus build a foundation of trust.

At the end of the day, it’s all about the people behind the companies and the fact that we are successful together.

What motivates you on a daily basis?

On a daily basis? Coffee! [laughs]

That sounds relatively banal at first: I want to create something, and of course I also have a certain responsibility. In principle, you only have the option of going straight ahead.

I always want to do both: create something new, and on the other hand also bear the responsibility. One drives you forward, the other slows you down a bit. But the main thing is to enjoy what you’re doing.

How do you overcome moments of doubt?

I’m trying to figure out why I have doubts and what can be learned from them.

What is the most significant lesson you have learned as an entrepreneur that you would pass on to a startup?

Things turn out differently than you think. And you should learn quickly.

When you run a company, you always have to be a few steps ahead of the times…In 2001, you recognized the potential of Active Directory, and in 2008, the importance of Cloud Identity Management. How did you acquire the ability to always think ahead?

Because I always want to make something easier and better. There’s nothing I can do about that. I inherited this urge to try things out and accept everything to some extent from my grandfather.

I had developed my engine in my early 20s. I thought to myself that a piston engine is simply too cumbersome. Linear movements have to be changed into circular movements; the Wankel engine is a circular piston engine and not a rotary piston engine, and so on. Sometimes it’s just things that bother me because they run inefficiently. I say to myself, “This has to be made simpler.”

What would you develop or invent if you had an unlimited budget?

One topic I am working on is heat pumps. The idea is to generate electricity from a temperature difference in the air. With solar energy, for example, you have a problem: the sun has to shine.

The advantage of such an apparatus is that you actually only need air that is warmer than 5 degrees Celsius. This could solve all problems.

Topic Corona: What positive insights did this difficult time bring?

It is clearly accelerating the digitalization process. It increases the pressure on everyone to innovate: on society, on companies. In other words, there is tremendous pressure for change, and you can’t really escape it.

That’s the positive, but of course it’s also scary.

What do you think digital collaboration will look like in 5 years?

I don’t see so many technological problems, but rather social ones. Society is lagging behind technology. We humans can’t really handle social media and digitalization yet. I’m talking about how we live and use it.

It reminds me a bit of the time when automobile traffic came along. There was a dramatic increase in road deaths until the 1970s. At that time, about seven times as many people were involved in deadly accidents as today. It is similar with digitalization. We send our children out onto the road and let them get run over, symbolically.

Technologically, many things will continue to develop, and we are already in the midst of this – for example, the advances in the area of language and translations. I think the biggest challenge is how we deal with it in society. Technology is already much further along, and we’re actually running behind.

That’s where the focus needs to be now, in my opinion; almost more so than technology.

Can the EU cloud GAIA-X become an alternative to the established cloud providers in the field of identity management?

In principle, the basic idea is right, but in my opinion it is too bureaucratic. Too much is packed into it. Maybe if you just focused it on a directory that was secure and only attached applications and identities to it, and nothing else, it would help.

In my opinion, too many people are involved, too much is being interpreted and in the end, I fear, nothing will come of it.

Which innovation of the last 20 years has surprised you the most?

The impact of social networks on society.

In 1995, I had written about the topic of a unique identity in my book. At the time, I described it in a rather advantageous way: when I go shopping, for example, I don’t need three cards, but only one. I didn’t foresee that this would have any social repercussions, that data theft would be committed, that people would be manipulated with it.

So in summary, social media and the impact of technologies, I wouldn’t have imagined this development.

What challenges will the IT sector have to overcome in the future?

Firstly, that the speed of change is very high, and secondly, that humans cannot keep up, not even technologically.

What are the three most important qualities of a good business leader?

Essentially, he must have the will to drive the company forward in a positive way. And he should get along with his customers and with his employees.

Andreas Martin with his team from Dresden and Munich

What is your vision for the future of FirstAttribute?

Most definitely our new service my-IAM.

I like to say “faster, safer and regulated”. In other words, on the one hand, we simplify digital work with our service, and on the other hand, we protect users from certain dangers.

Finally, a bonus question: is there a person (living or not) who influences or inspires you in what you do?

In terms of my personality, there are a few people who have influenced me. On the business side, it’s very classic. [laughs]

I have to say quite frankly that Bill Gates influences me as a person. What impresses me about Bill Gates in particular is, on the one hand, the belief in his vision and, at the same time, his ability to correct a route in the wrong direction.

This adaptability to learn from mistakes, to change, is what I find impressive about him. He’s made a gigantic number of mistakes, but he’s done a few things right. If the balance sheet is positive at the end, you’re doing it right.

Thanks for the nice conversation 🙂

Get to know our friendly and experienced team and convince yourself of our innovative IAM solutions: